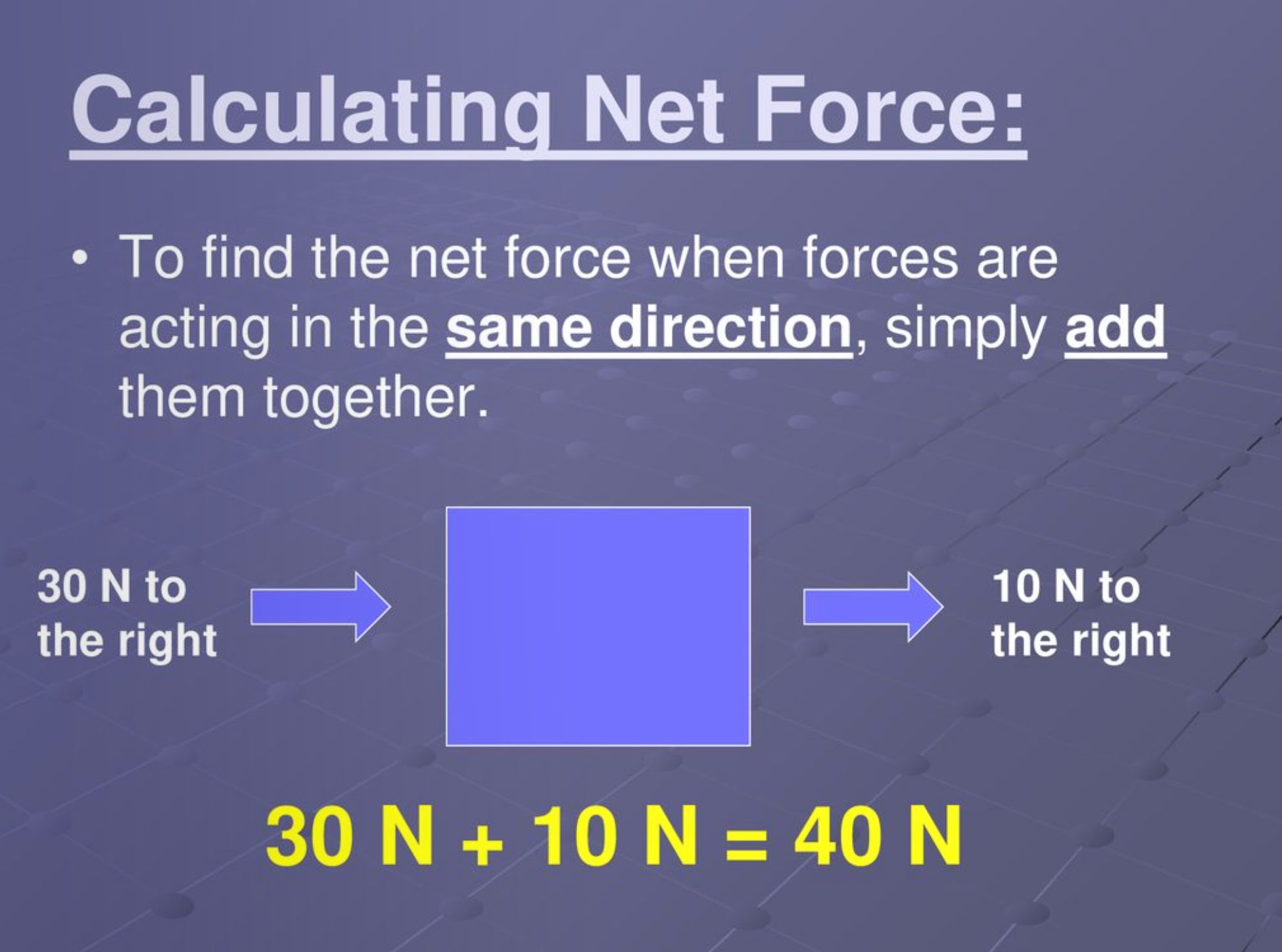 There are a few different ways that students can identify the forces acting on an object. One way is to draw a diagram of the situation. This can be helpful in identifying all the different forces that might be at play. Another way to identify forces is by using Newton’s laws of motion. These laws can help students understand how force affects an object’s motion.

Once all the forces have been identified, students can then add them together to find the net force. This can be done by using vector addition.

When it comes to understanding motion, one of the most important things to know is the net force. The net force is the overall force acting on an object, and it’s what determines whether an object moves, how fast it moves, and in what direction. So how do you determine the net force?

There are two steps: first, you need to find all the individual forces acting on the object; second, you need to add up those forces. The resultant vector will be the net force.

Let’s say you have a box sitting on a table. The only forces acting on the box are gravity (acting downwards) and the normal force from the table (acting upwards). To find the net force, you would simply add these two vectors together.

A Net Force Causes an Acceleration

In order for an object to accelerate, there must be a net force acting upon it. The size of the acceleration is dependent upon the magnitude of the net force and the mass of the object.

When it comes to calculating the net force acting on an object, there is a specific formula that must be followed. This formula takes into account all of the individual forces acting on the object and combines them into a single value. The net force is then responsible for dictating the acceleration of the object.

The net force is the sum of all forces acting on an object. The net force can be calculated using Newton’s second law, which states that

where: F is the net force.

m is the mass of the object.

However, finding the individual forces can be much more difficult. There are three types of forces that must be considered: gravitation, friction, and air resistance.

In order to calculate net force, one must first understand the concept of force. Force is a push or a pull that can cause an object to move, stop, or change direction. There are many types of forces, but the two most common are gravity and friction.

Gravity is the force that pulls objects towards the center of the Earth. Friction is the force that resists motion between two surfaces that are in contact with each other. When calculating net force, all of the forces acting on an object must be taken into account.

The formula for calculating net force is:

To find the acceleration of an object, you need to know its velocity (speed and direction) and its time frame. Once you have these two pieces of information, you can plug them into the formula and solve for net force.

How to Find Acceleration From Net Force

Acceleration is the rate of change of velocity. It is a vector quantity, so it has both magnitude and direction. The SI unit for acceleration is meters per second squared (m/s2).